Congress, late on Thursday night, released its first list of 152 candidates for the December 7 polls in Rajasthan. Ending the suspense over its candidates, the party fielded veteran leaders Ashok Gehlot from Sardarpura, while Sachin Pilot has been given a ticket from Tonk. CP Joshi has been fielded from Nathdwara. In an attempt to placate competing factions in its Rajasthan unit, the Congress had decided to field both chief ministerial aspirants Gehlot and Pilot in the assembly elections next month. Leader of opposition Rameshwar Dudi will contest from Nokha (Bikaner) seats while C P Joshi will be party nominee from the Nathdwara assembly seat. 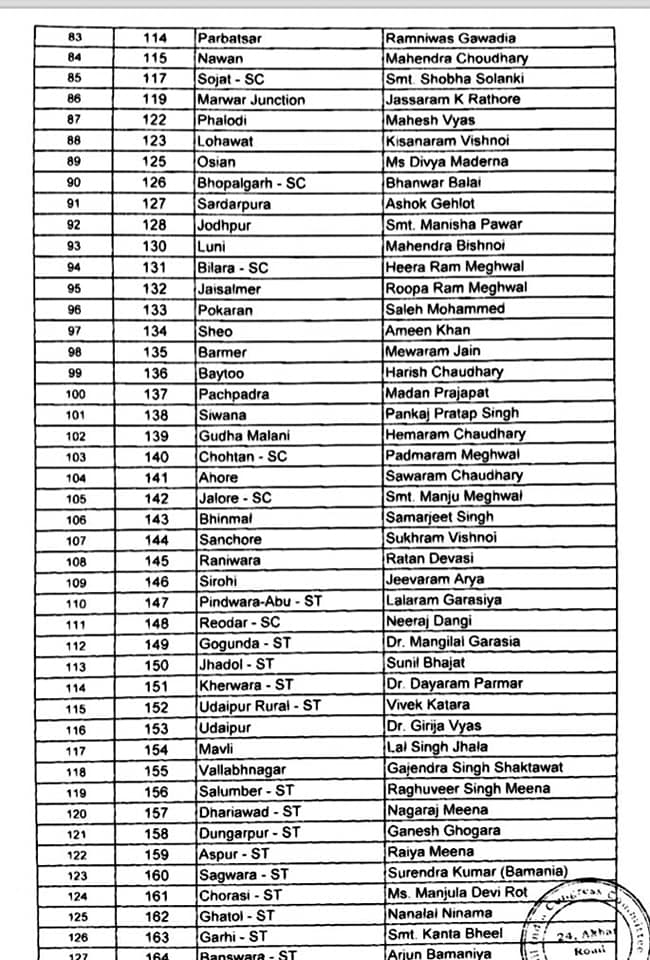 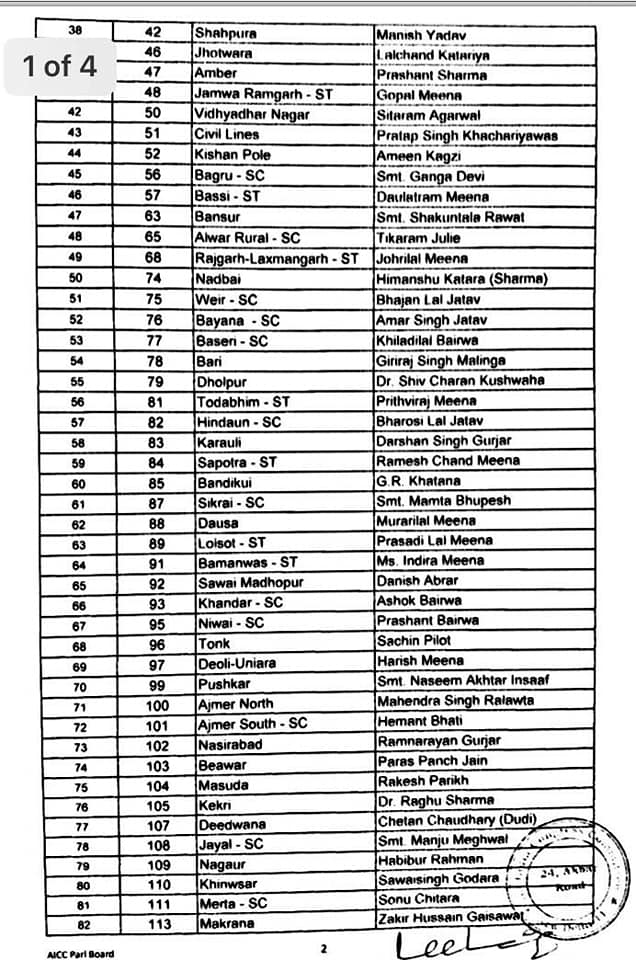 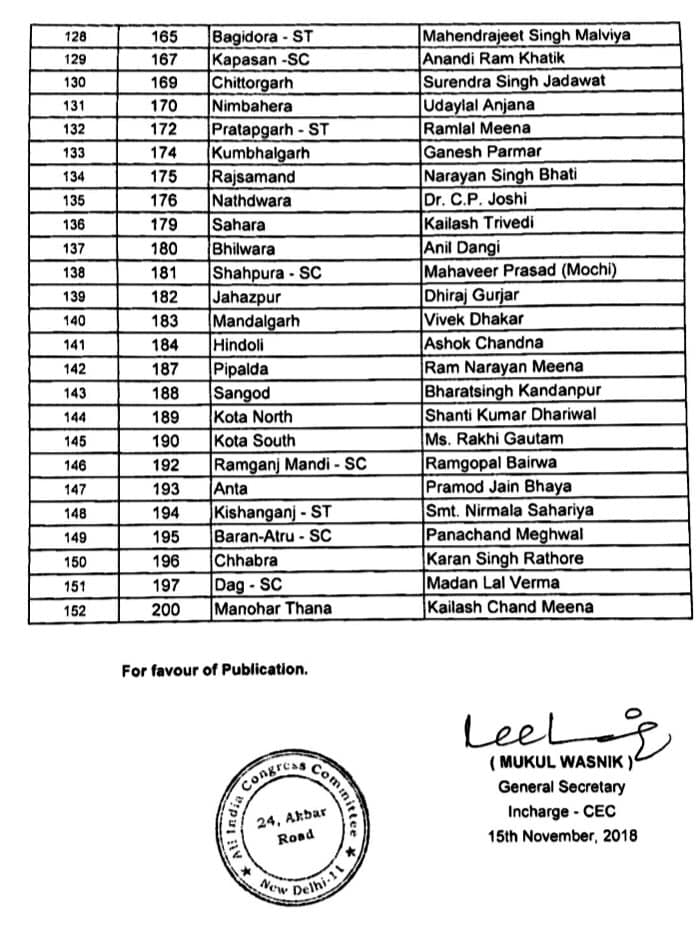 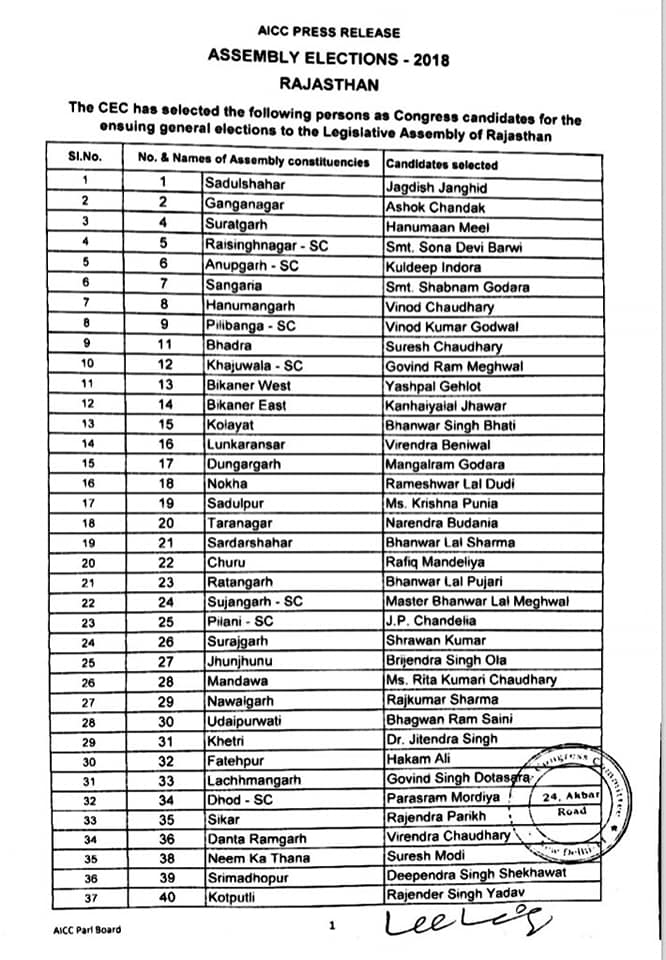