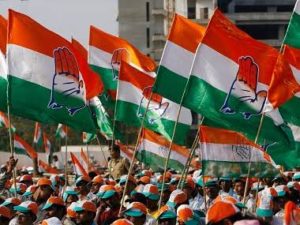 Congress today wins Ajmer and Alwar Lok Sabha seats along with Mandalgarh Assembly seat in Rajasthan from the BJP, with Rajasthan heading to Assembly elections in a few months, this spectacular showing is being touted no less than a precursor to the polls’ verdict. Party’s Karan Singh won the Alwar Lok Sabha constituency seat, defeating BJP’s Jaswant Yadav by 1,56,319 votes. Whereas, Raghu Sharma of the Congress won against BJP’s Ram Swaroop Lamba in Ajmer. Congress candidates led from the beginning in vote count in both the Lok Sabha seats and edged past the BJP in Mandalgarh after initially trailing at the second spot. Congress president Rahul Gandhi in a laudatory tweet said, Well done Rajasthan Congress!  Proud of each and every one of you. This is a rejection of the BJP by the people of Rajasthan.#RajasthanByPolls.