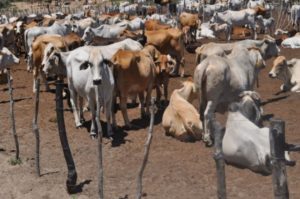 Rajasthan is planning to begin a cow safari for tourists in the outskirts of Jaipur soon. According to a Times of India report, the Hingonia Gaushala on the outskirts of Jaipur will allow visitors to spend time among 15,000 cows as part of the the cow safari venture. According to the plan, visitors will be able to spend time among its nearly 15,000 cows, watch the cows graze in the open land, feed them, clean them, massage them and milk them while temporarily residing at the state-run cow rehabilitation centre. The safari includes climb-up machan huts on trees where visitors can stay.

Rajasthan loves their cows so much that they have a dedicated cow ministry, the only state in the country to have it so far (we will come to its details later). But Rajstahan’s “love for bovines” has touched and absurd new level with plans to launch a “cow safari” at the state-owned Hingonia Gaushala on the outskirts of Jaipur. (the same shelter where thousands of cows died within two months in 2016 due to mismanagement).