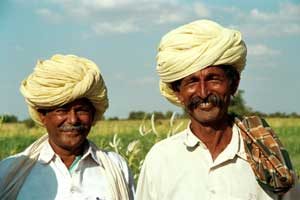 The Interim budget hailed farmers as the heroes of Indian economic success. Farmers will continue to get short term loans on easier terms. In the last four years, agriculture not only staged a turn around but also achieved record food grain output. The government in the last five years increased plan allocation to agriculture by 300 per cent, provided the largest ever debt waiver package to farmers and hiked MSPs substantially. These are the words by UPA Government in Parliament during Budget session 2009-10, the last budget by UPA Government.

Once more the same story is revised, “Farmers are always hero in 5th Budget”, why so? This the point which people should understand and know the real mentality behind these announcement. The truth is farmer in india are always more than a hero because they are deriving force behind any country and represent the country development. This is trend that govt. prepare 4 budgets for Businessmen, politician, urban development and tax payees while when time comes for vote they have to calculate that who is the biggest vote bank and how to make fool these people by giving some schemes and making some big announcements in 5th budgets. so this is the time when we can educate people and make a “SAKSHAM KISAN AND SAKSHAM NATION”.