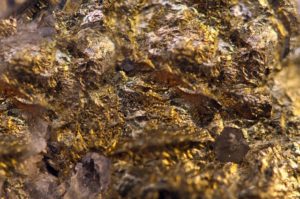 Scientists and geologists confirmed the astonishing figure, and experts claimed that the deposits are located mostly in the cities of Banswara and Udaipur of Rajasthan. The exploration by Geological Survey of India (GSI) has revealed that the deposits of gold are 114.78 MT in Bhukia- Dagocha area. Speaking to reporters, Director General of the GSI department N Kutumba Rao said,”The work of exploration of gold and copper in other areas like Kamalpura, Neem Ka Thana and Mundiawas Kheda area is also going on.”
This is not the first time the region has yielded essential minerals. Rajasthan has provided around 80 million tonnes of copper till date, and the Thar Desert yields approximately 1.7 lakh barrels of crude oil on a daily basis, apart from having a high concentration of rare earth elements, as reported by the Times of India, almost two years ago. Rare earth elements are a set of 17 chemicals which occur naturally in trace quantities and are in great demand in the nuclear and space sector, energy, defence, chemicals and electronics industries.