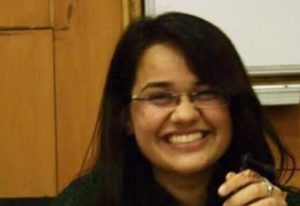 Tina Dabi, Union Public Service Commission (UPSC) topper in 2015, will serve in Rajasthan, not her first choice Haryana. The government has allocated Dabi and her two colleagues – Athar Aamir Ul Shafi Khan and Jasmeet Singh Sandhu – who came second and third in the civil services examination, to the Rajasthan cadre of the Indian Administrative Service (IAS). Dabi had hoped for a posting in Haryana where she wanted to focus on women’s empowerment.
Tina Dabi, who topped the exam, Jammu and Kashmir’s Athar Aamir Ul Shafi Khan (second rank) and Delhi’s Jasmeet Singh Sandhu (third rank) have been allocated Rajasthan cadre, as per service allocation by Department of Personnel and Training (DoPT). They are among 180 other IAS officers who have been allocated various cadres. The civil services examination is conducted annually in three stages – preliminary, main and interview – to select candidates for Indian Administrative Services and Indian Police Services, among others.