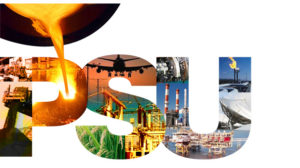 So how it is wrong if Government under to help some PUS under Turn Around Plan (TAP) as Govt. is not meant to user Profit, Dividend from PSU they do have liability towards its Employees if any PSU / Govt. Company fail to make profit. Central Govt. Owned PSU has played an vital role in development of country in last 65 years in sectors like Telecom, Power Generation, Aviation, Petrochemicals and Gas, Ports, Fertilizers etc. You can’t ignore contribution of ONGC in Oil exploration, BSNL in Telecom, NTPC in power generation, Coal India in Coal production and Air India in Aviation sector after independence. Consider another PSU BSNL, which is making loss from last 3 year, but why isn’t it wrong policies by Govt. Ministers, 2G Scam is one of example of nexus between Private Companies and Politicians. The the real reason of Los in balance sheet of BSNL is policy to provide services in Rural, Naxal-hit, J&K and North-East reason of India. Now if you want to shutdown PSUs because of Loss then you are definitely Anti-PSU as you forget the period when you enjoy crores of dividend from same PSU and used as path for various govt. schemes implementation.
In Gujarat Government too, used to appoint politicians on the PSUs apart from the non-profit making Boards and corporations. It was found that most of the politicians appointed on PSUs were either non-matriculate or without any administrative experience of running a business enterprise. Though these PSUs were started with a noble cause, it soon came under the eclipse of political parties. There are over a dozen PSUs of which six — GNFC, GMDC, GFSC, GIPCL, GACL, GSPL — are listed companies of the Gujarat government on bourses and a few of them have been among the top tax payers from the state. Earlier in 2008, Gujarat PSUs were directed by the government to shell out 30 per cent of their profit before tax (PBT) as part of their Corporate Social Responsibility (CSR). The contribution was for Gujarat Socio Economic Development Society, a body formed to utilise the PSU funds towards social development. The move had triggered an uproar as shareholders of the listed PSUs had opposed it, alleging that their profit share was not meant for “charity”.
Now Narendra Modi is playing dual standard in Center and State PSU, on one side he oppose fund given to Air India by UPA under Turn Around Plan (TAP) while in state he want to use Profit of PSU companies for Gujarat Socio Economic Development Society, a body formed to utilise the PSU funds towards social development.This dual standard might be Good for Private sector but definitely heart Central PSU, State PSU and Govt. Companies & their families attached with PSU companies which is considired back-bone for National development after independence. Hope Narendra Modi will not only clear his stand on sick PSUs like Air India, ITI, HMT but take PSUs as National assets not Money making machines. In the blind race of “Vikas Model” through Privatization, hope Modi will consider PSUs as integral part of economy. Narendra Modi’s theory of “Governance not Government” is not only Anti-PSU but also Anti-Government Employees, The best solution is bring reform in Govt./PSU instead of cutting it out.

European investors invited to invest in Rajasthan through webinar