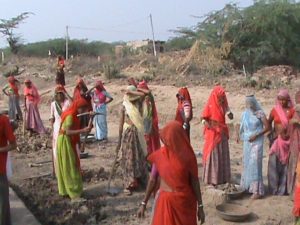 Rural poverty alleviation programme NREGA will be renamed after Mahatma Gandhi, PM Manmohan Singh announced amid reports that the Centre was taking the step to prevent states ruled by opposition parties from claiming credit for it. Addressing a convention of village heads on the 140th birth anniversary of Mahatma Gandhi, Singh said the decision to name the National Rural Employment Guarantee Act after the Father of the Nation was an effort to pay tribute to him. “The Union Cabinet has decided to rechristen NREGA as Mahatma Gandhi Rural Employment Guarantee Act,” Singh said, adding that it would be aptly named after the Father of the Nation as he always gave high importance to rural self-governance.