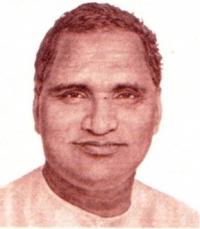 Pandit Hiralal Shastri was born on November 24, 1899 at Jobner in Jaipur District. Born in a peasant family, he had his early education in Jobner. Hiralal secured the degree of Sahitya Shastri in 1920. He took B.A. degree in 1921 from Maharaja’s College, Jaipur, securing the first rank. From early childhood Hiralal had a burning desire to go to some village and devote his life to the service of the downtrodden. Though he joined Jaipur State Service in 1921 and had a meteoric rise to become Secretary in the Home and Foreign Departments, he resigned the same in 1927. While in administrative service he displayed qualities of hard work, efficiency and fearlessness.
In 1929, in fulfillment of his childhood resolve, Hiralal Shastri selected a remote and backward village Banasthali, 45 miles from Jaipur and founded ‘Jeevan Kutir’ there. Here he trained a band of dedicated social workers and endeavoured to implement a programme of rural reconstruction. These workers later became the heralds of political awakening in many of the Rajputana States. He himself was drawn to political arena when he was drafted to reorganize Jaipur Rajya Praja Mandal in 1937 of which he was twice elected General Secretary and twice President. In 1939 he led the Praja Mandal’s Satyagraha for achievement of civil liberties and suffered a six-months imprisonment.
In 1947 he was appointed General Secretary of All India States Peoples Conference. The same year he was elected to the Constituent Assembly.
On the installation of representative Government in Jaipur State in 1948 Hiralal Shastri took over as the Chief Minister and when Rajasthan State was formed on March 30,1949 he became its first Chief Minister. On him fell the herculean task of integrating the diverse princely units into effective modern administration. He accomplished this complex task ably in a short period. He resigned on January 5, 1951 and later became member of the Second Lok Sabha.
Hiralal Shastri passed away on December 28, 1974. Forthright and fearless in his views, an Indian to the core of his heart, a selfless social worker, Pandit Hiralal Shastri was a farsighted and popular leader. To him goes largely the credit of laying the foundation of a strong, unified and progressive Rajasthan.