Bharatiya Janata Party on Wednesday released its second list of 31 candidates for the Rajasthan Assembly elections. Fifteen MLAs found themselves out of the list, PTI reported. Elections to the 200-member Assembly will be held on December 7 and votes will be counted on December 11. 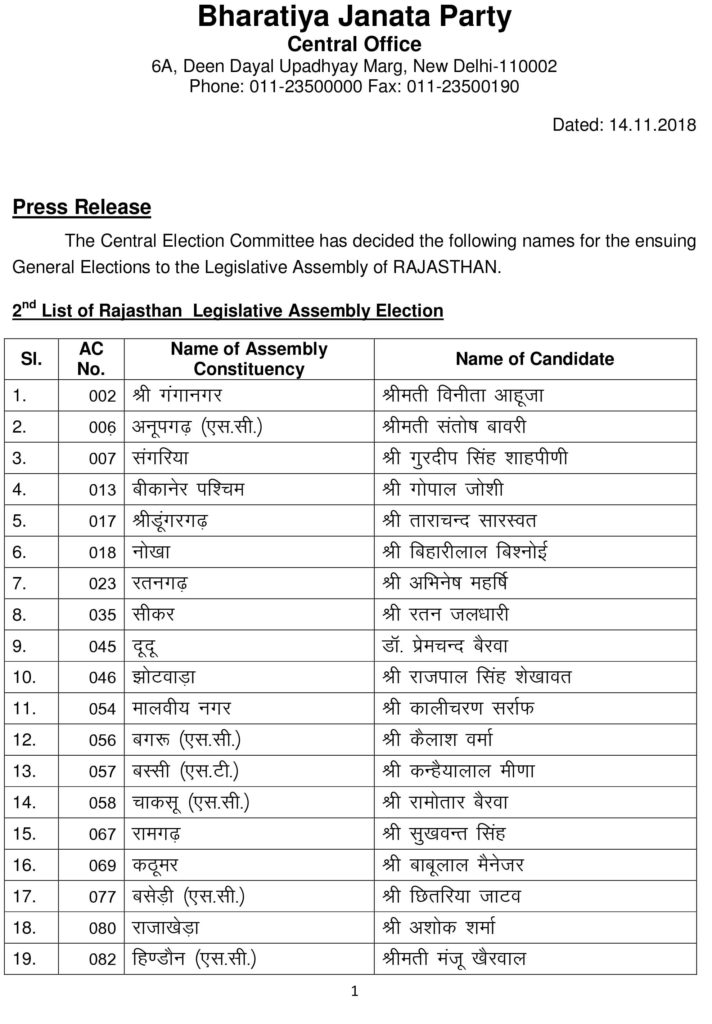