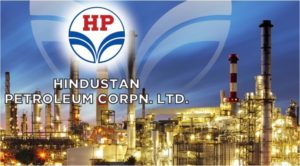 Rajasthan government on 17th August signed an agreement with the Hindustan Petroleum Corporation Ltd (HPCL) to form a joint venture company to set up a Rs 43,129 crore petroleum refinery-cum-petrochemical complex in the state’s Barmer district. The Union government had given approval to the project on Wednesday. As per the agreement, HPCL will hold 74 per cent and the state government 26 per cent partnership in the new firm to be known as HPCL Rajasthan Refinery Ltd (HRRL).
Chief Minister Vasundhara Raje witnessed the signing ceremony at CM residence when Principal Secretary Mines and Petroleum Aparna Arora and Director (Finance) of HPCL J Ramaswami signed the joint-venture agreement respectively on behalf of the state government and the HPCL. She directed the officials to proceed further on the project on equally fast pace as soon as the environmental clearance was received from the Union Ministry of Environment. As per the proposed plan, the refinery project would be established in a 4,813 acres of land area. Tender process for the boundary wall for this has been initiated. The entire construction work of this project would be finished in record time of four years.

European investors invited to invest in Rajasthan through webinar