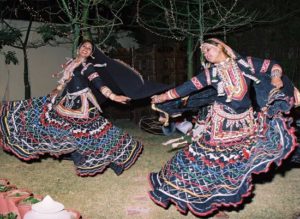 Rajasthan’s Kalbelia dance and songs is now in UNESCO’s representative list of the Intangible Cultural Heritage of Humanity. This annual list of UNESCO emphasizes on endangered performing art forms, so that the artists might get global support in terms of financial assistance, training and good infrastructure to preserve them. Three Indian forms of performing arts, Mudiyettu, Chhau and Kalbelia, have found pride of place in the UNESCO’s Representative List of the Intangible Cultural Heritage of Humanity. The annual list of UNESCO focuses on performing arts, which are outstanding but need support to sustain further.
The Kalbelia dance is performed by the snake charmers of Rajasthan, which has also failed to find patrons from within the country, as a result of which not many people take it up as a profession. The Chhau dance form is done with the help of crafted masks and mock combat movements. This dance form is popular in the Indian states of Orissa, Jharkhand and West Bengal. It was only after a survey conducted by the Sangeet Natak Akademi that it was found that these precious art forms were dying a slow death in absence of any financial support.
After their inclusion in the UNESCO list, it has become mandatory for all the 132 countries supporting UN to ensure that legal and financial measures are taken to restore these performing arts back to their honorable status. UNESCO would also ensure international cooperation and support in the form of studies, experts, training and infrastructure-creation UNESCO got 54 nominations this year for the Representative list. All the three nominations from India were recommended by UNESCO. The Inter governmental Committee for Safeguarding of the Intangible cultural Heritage of UNESCO, in its 5th session in Nairobi has accepted these three recommendations.