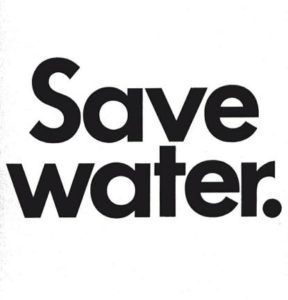 War for water is common in Rajasthan it becomes deepen as you travel from East to western Rajasthan or time travel from Winter to summer. From last 20 years Rajasthan is facing Continuous drought in western part while most of part gets frequent drought like situation which makes it more difficult situation in western rajasthan that comes under Thar desert of India. Water supply in summer is getting worst when some towns get drinking water supply once in 48 hours, on alternate day and  even most of Villages do not have water supply from Govt. of Rajasthan even after more than 65 years of Independence. The state Public Health and Engineering Department (PHED) does care about rising water crisis across the state while the opposition BJP accuses the government of constantly postponing decisions to take the crisis head on. The situation in Jaipur is no better, despite the launch of Bisalpur-Jaipur water project as several areas, including the Walled City, water-related protests are common.
One report on water crises show that India, with 16 per cent of the humanity but less than 3 per cent of global fresh water resources. Rajasthan is very much at a disadvantage even in the Indian context. The population growth rate of the state is among the highest in the country. Demand for water from hitherto insubstantial uses, such as industry, tourism and recreation, as well as sanitation and environmental purposes, has been growing apace. The supply, however, has remained unchanged or drop. Nearly a third of the state is arid and another 30 per cent semi-arid, which implies that nearly two-thirds of the state suffers from recurrent water scarcity. In rajasthan from last 65 year Water Problem is only a political issue, no one care about the situation and how much worst it can be, if proper major are not taken to resolve the water problem. Mansoon rain is also low in rajasthan due to parallel alignment of arawali hills with mansoon. Govt. have to strengthen the relation with the neighbour state such as gujrat, MP, UP and punjab so that we can use the river resources and resolve the water problem. Hope our beloved Politicians and Bureaucrats will work on long term solutions for water problem instead of raising Fund on name of Water supply water tankers and work on Water Problem instead of using it as Vote bank slogan.